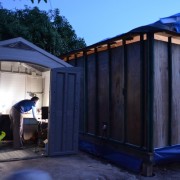 This is a system developed by NorPix® for Prof. David Towers from Warwick University, formerly from the Liverpool School of Tropical Medicine. The multi camera capture system is being used in the field in Tanzania where Prof. Towers is investigating optical techniques and quantitative data analysis to understand mosquito behavior in sub-Saharan dwellings in order to design more effective controls of malaria transmission. The system is powered off of a Honda generator on the edge of a swamp (mosquito breeding area). 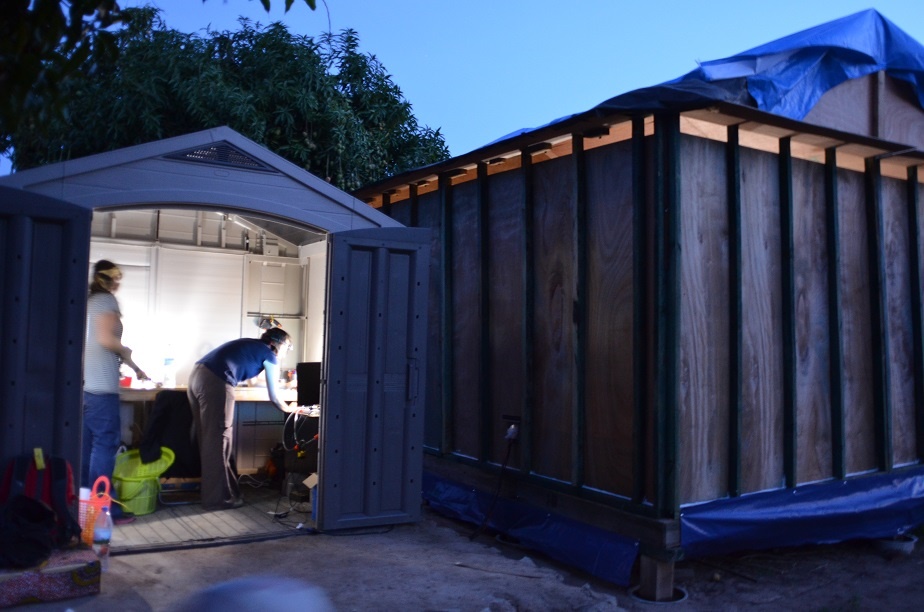 Picture here shows where the computers are kept so that Prof Towers can conduct his research on mosquitos. On the right, you can see the experimental hut with the capture cameras.

This research team has submitted a publication to Nature Scientific Reports with follow up papers in the Royal Society Interface and in the Malaria Journal.

The system used in this research has 2 Baumer cameras at a resolution of 4MP each. The researchers are looking at adding 2 more cameras. This would allow the research to expand to other parts of Africa where there are insecticide resistant mosquito populations. A third project would require the use of 8 Baumer 4MP cameras, all capturing moving mosquitos in sync.

StreamPix 6 multiple camera is used to capture images from two cameras at 4MP each. The StreamPix motion detection module is used to monitor fly activity.  The module monitors activity at 10 images per second and triggers a capture at 100 fps from each camera once motion is detected for a specific length of time.  The length of sequence capture is adjustable by the user

You can read more about Combatting Malaria in the Financial Times of London and you can download their special report on Malaria published at the end of April 2015.